Is there going to be a Swann Dive?

The crowd at the Wharf is waiting and it’s a tad surly right now.

Insiders tell this person that the Leader of the Alberta Liberal Party was given a 30 day ultimatum to walk a short plank or be thrown over the side of the good ship ALP. It’s taking on huge volumes of water and listing to one side (guess which side). The good doctor was also told he would be allowed to make this needed exit with grace, dignity and support.

Apparently, the news was delivered in person by Tony ‘I make house calls but I’m no MD’ Sansotta, current Party president. I am told the message was supported by a majority of the Party executive. The Leader apparently considered it, vacillated, and then decided to reject the plan. Allegedly, a second plan was put to him with slight variations but with the same bottom line. Again, with a half-hearted digging in of the heels this was followed by an awkward and eerie silence.

Sooooooooooo, what was the outcome?

Has the Leader told the Party to 'go forth and multiply?

Has the plan been exaggerated by the delivery man who often bends the spectrum of truth to suit his own needs?

Are my Deep Throats gagging on the information provided?

Gather in small groups and discuss.

Can anyone confirm the suspicious information?

Do you believe it's time to change the Leadership of the Alberta Liberal Party to re-look at strategies in a last ditch attempt to ensure success at the polls in the next provincial election?

Is it too late for any of this because the Party boat is already below the waves and about to hit the bottom of the political ocean?

Will the May convention be the beginning of the Alberta Liberal Party’s watery send-off to Davey Jones Locker?

After your discussion please forward your group’s views to this blogger (the First Mate manning the lifeboat…but please hurry…it’s getting really crowded on board).
Posted by Donn Lovett at 4:15 AM 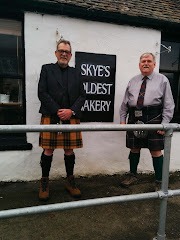